You just upgraded to Samsung Galaxy Note 20 or Note 20 Ultra and are looking for the best smartwatch to pair with these. Well, you are in luck.

After rigorous research, we have managed to find the best smartwatches for the Samsung Note Series phones. We have compiled here a list of them.

Choosing the right smartwatch takes time, and you won’t be able to find the right one if you are unfamiliar with the technology or don’t have time to consider the benefits and drawbacks of each smartwatch.

Here, we have cut the fluff for you. In a vast wearable market divulged by hundreds if not thousands of products, we aim to empower you with clarity to pick the right one for your Note 20.

Just to remind you, Samsung has its own line of smartwatches that are highly compatible with Note 20. These are powerful smartwatches, and yet doesn’t beat the competition when it comes to specific needs.

For instance, Fitbit Sense is a better fitness tracker than Samsung Gear Watch 3. Garmin Instinct is a more rugged smartwatch than Galaxy Active 2.

Are These Smartwatches Compatible With Other Samsung Smartphones?

These smartwatches are compatible with even older models of Samsung. But old phones have unique problems of their own.

They have short battery life and often limited memory. The smartphone app of these smartwatches would destroy the battery life of the phone. Plus, it won’t run seamlessly. 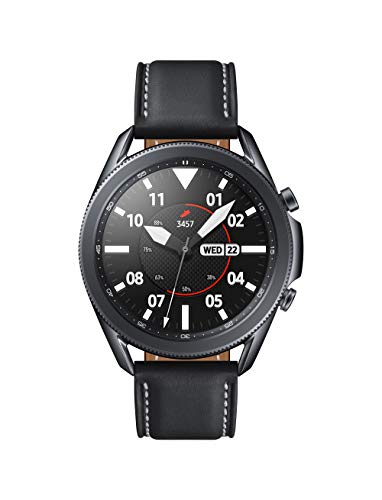 Samsung Galaxy Watch 3 is the most expensive smartwatch by Samsung and it has all the bells and whistles of a premium smartwatch.

You can do contactless payment with Samsung pay, can stream music, make calls, send texts via LTE connectivity and can also track position with its onboard multi-satellite navigation system.

Galaxy Watch 3 has two variants: the large 45mm and the small 41mm. The former is suitable for big/ thick wrists. Samsung smartwatches would not have any issue pairing with the latest Galaxy Note 20 or Note Ultra.

The smartwatch has a decent battery life and has considerable protection against dust and water.

This model comes in either Mystic Silver or Mystic Bronze color. (The latter option is Samsung’s current signature color and matches the Samsung Galaxy Note series).

Galaxy Watch Active 2 has almost similar features as in Galaxy Watch 3. From GPS to Cellular connectivity, Active 2 is a ditto copy of watch 3.

But from the outside, it is a world apart from Watch 3. The most obvious differences include its thin profile, small size, and touch bezel instead of a physical rotating bezel.

Also, the Galaxy Watch Active 2 is Military standard graded. It can be safely labeled as a rugged smartwatch. Plus, the number of fitness tracking features in the watch also makes it a good alternative to a fitness tracker.

Also, it is considerably cheaper than Galaxy Watch 3. 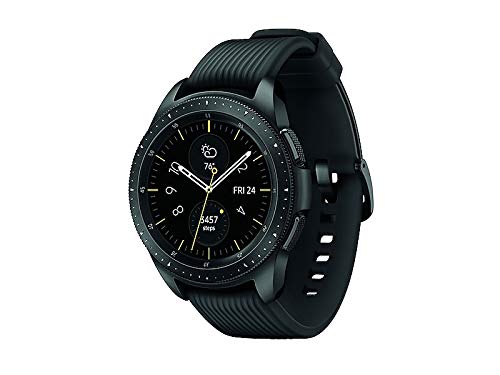 Samsung Galaxy Watch is slightly bigger and heavier than Galaxy Watch 3 and is nearly half the price of the latter. It supports 3G and has cellular and Wi-Fi connectivity, and so can make calls and send texts without the phone.

On the downside, the smartwatch has small memory size and limited storage capacity. It is bulky and heavy, and its large size also makes its unsuitable for thin/slender wrists. However, there is a small variant too.

Samsung Galaxy watch has a 22mm standard strap, whereas Galaxy Active has a 20mm strap compatibility. Both these watches are highly compatible with the latest Samsung Note 20 but are not the latest in technology. 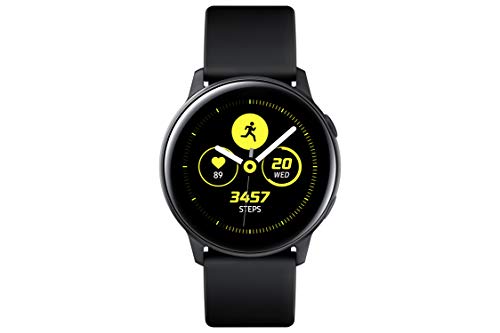 Samsung Active watch also has LTE connectivity and it is slightly cheaper than the Active 2. It has same rugged construction with the only difference of a small screen size and 20mm straps.

Other than that, the smartwatch is a little heavy and a small battery size, which limits its battery performance to one day. 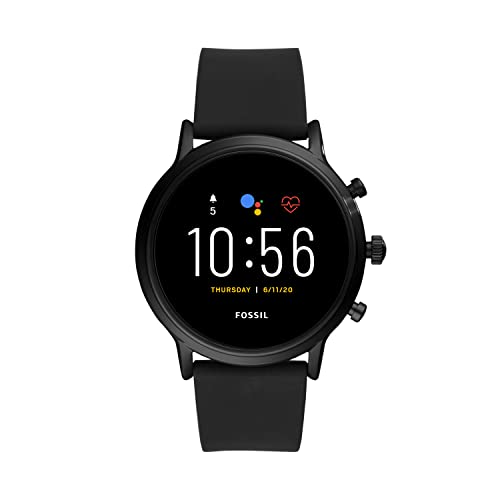 Fossil Gen 5 is a reliable Wear OS smartwatch. The LTE version of Fossil Gem 5 was released this year, but even in the latest version, the watch is running on the same old processor, namely Qualcomm Snapdragon Wear 3100.

Gen 5 LTE is a big watch with a large bezel. It goes without saying that the watch is suitable for large wrists and fashion enthusiasts. Its 1.28-inch AMOLED display is brighter, vivid, and crisp and has an always-on sensor.

Gen 5 has Wear OS so you will enjoy all the perks of a Google-based platform. like you can pay via Google Pay, has access to Google Assistant, and can navigate using Google maps. Apart from that, you have access to thousands of third-party apps.

Gen 5 is a decent watch with battery performance being the only chunk in the armor. It is resistant to water up to 50 m. 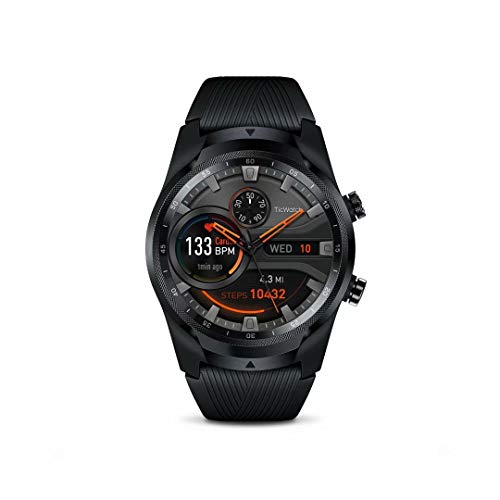 The Chinese-based Mobvoi is behind the affordable Ticwatch Series, whereas Ticwatch Pro 4G is the latest smartwatch by the company that runs Wear OS (like all its previous models).

It is the first smartwatch with the most powerful processor by Qualcomm, namely Snapdragon Wear 4100.

The smartwatch is also unique in terms of screen technology: it has dual-screen technology presumably to save battery: A crisp AMOLED display and a low-powered LCD on the top of it.

The watch lasts 3 days on a single charge, and more than 30 days if you use it in basic mode with limited features.

Fitbit Sense is a high-end fitness tracker that is disguised as a smartwatch. it is the only smartwatch that is still compatible with Windows Phones.

Just a few months ago, Fitbit Sense got approval from FDA for the safe ECG of users. It shows irregular heart rhythms that are associated with aFib, plus give high and low heart rate alerts.

There are more than 20+ exercise modes to choose from, so you can track nearly everything from cycling to swimming. Both GPS and NFC are there to reduce dependency on smartphones while exercising.

When compared head-to-head, it is very powerful in health-related features to Fitbit versa 2, but the latter is cheaper and a well-rounded smartwatch. 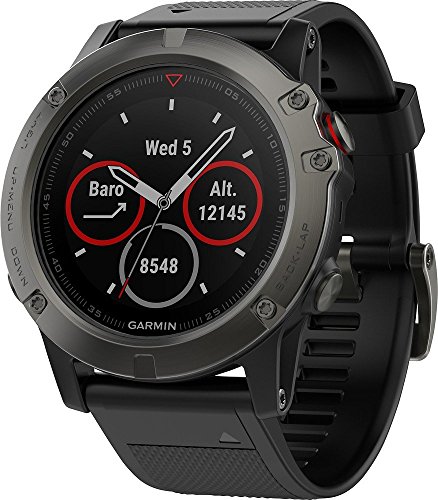 Garmin Fenix 5X is one of the most rugged smartwatches in the world. It is only superseded by the latest Fenix 6X.

Garmin Fenix 5X Sapphire has its name over the highly scratch resistant glass that signifies durability and robustness. Garmin has not tried to strike a balance between a regular and outdoor watch. With this model, they have aimed for a multisport GPS watch for outdoor incursions. 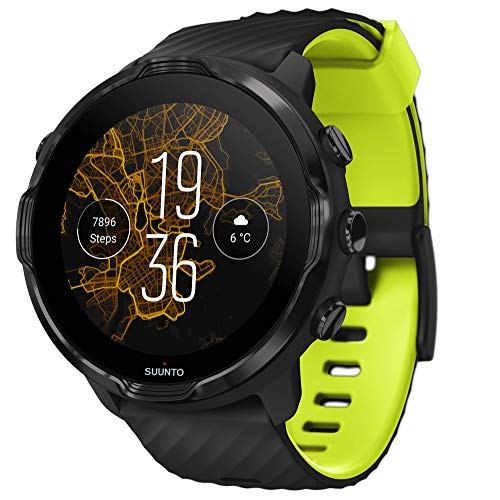 It offers all the essential functions of a basic smartwatch like notification alert, music control, and attractive watch faces so on and so forth.

What distinguishes Suunto 7 from the run-of-the-mill watches is the accuracy of data it tracks, and its high-end design.  Apart from ECG and blood pressure measurement, you have all the fitness features in the smartwatch.

Suunto 7 has a decent battery life of two days, but if you use the on-board GPS aggressively, the battery drains faster. The overall performance would be limited to two hours.

Moreover, the water and dust resistance is appreciably high. 5 ATM rated and IP68 Standard Rated, this watch can be submerged in water for up to 50 m. 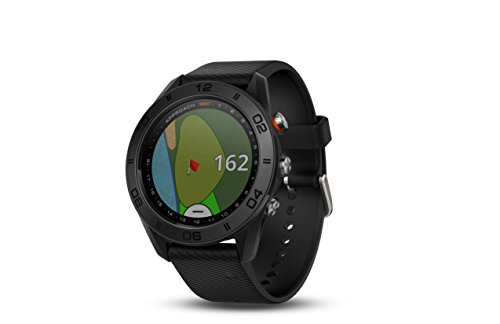 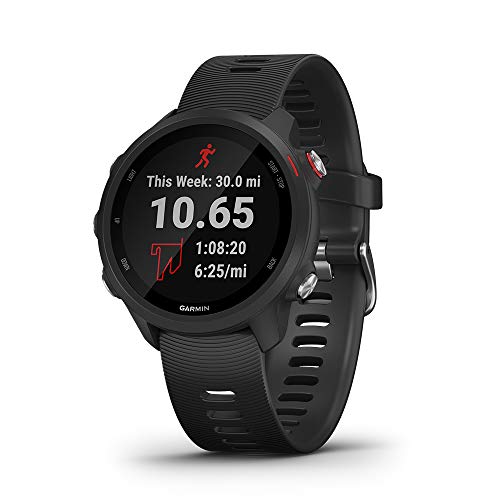 it is a dedicated smartwatch for runners and Triathletes. The music version has the advantage of storage capacity. You can listen to songs and audiobooks right from your wrist, but cannot stream them on the smartwatch.

Apart from data accuracy, it is lauded for its lightweight, sleek design. You won’t feel it on your wrist, and thanks to waterproof casing you won’t have to take it off frequently. It has a sweat-proof design and a rugged built-up.

The smartwatch has quite limited features and doesn’t have the bells and whistles of expensive smartwatches like Forerunner 645 and Forerunner 945.

Garmin Forerunner 245 is affordable and is only meant for runners who need more than a basic fitness tracker. 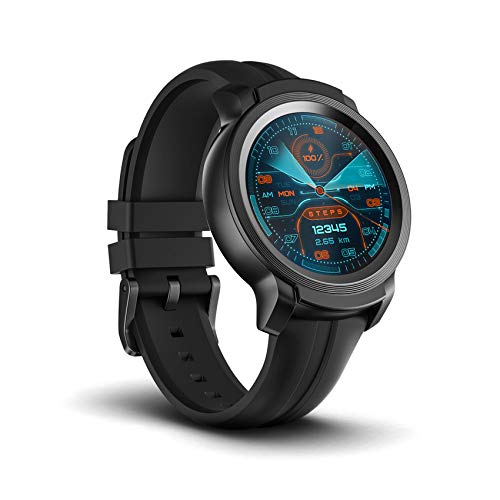 To point out the key benefits, we would love to share with you that the watch has an in-built GPS, so you won’t have to carry your phone with you all the time for fitness tracking. 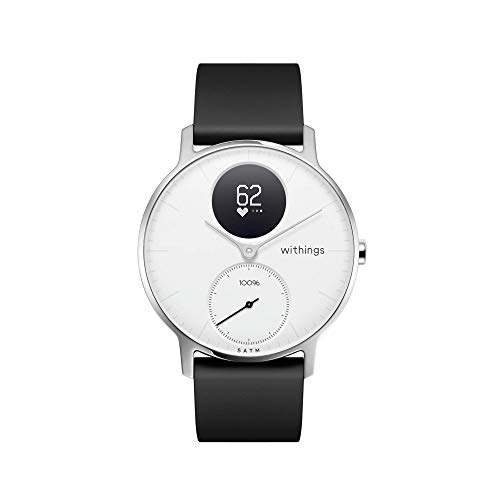 We have compiled this list not by pairing all smartwatches with the Galaxy Note series one by one. That would have been a very long and time taking process, and we have neither the money nor the time to pull off such a feat.

Rather, we relied heavily on the smartwatch community online. We did painstaking research for finding the best smartwatch to pair with the Samsung Note series.

You might face minor compatibility problems with non-Samsung smartwatches, but that has to do with the firmware of the smartwatch and as it regularly updates, you will have them fixed in a matter of time.

We have broken down the list into separate small lists so you can better make your purchasing decision in light of your needs and budget.

The best non-Samsung Wear OS watch for Samsung Note Series is highly contested. Fashion enthusiasts should go for Fossil Gen 5, whereas those who prefer the latest, up-to-date features over style should check out Ticwatch Pro 4G.

The best fitness tracker disguised as a smartwatch is Fitbit Sense or its cheap alternative, Fitbit Versa 3 & Versa 2.