Pitting Galaxy Watch 4 against Fitbit Sense is an unlikely comparison. One is round, most up-to-date, and is expensive, the other has a square design, a year’s old, and is comparatively affordable. However, both claim to be full-fledged health watches having a flurry of hot sensors.

Fitbit Sense has direct competition with Samsung Galaxy Watch 3 as their health and fitness features overlap. Galaxy Watch 4 comes with an additional sensor, namely BIM, that gives it a definitive edge.

Interesting Fact: As Fitbit is now owned by Google, the future watches by the company would feature Wear OS 3.0, the same we have in GW4. As soon as this happens,  Fitbit & Samsung watches would have more in common than at any point in history. 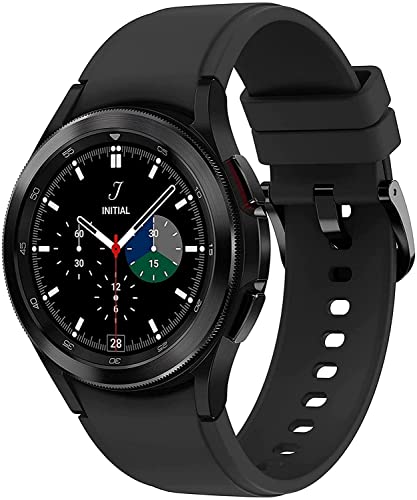 So without further ado, let’s take a look at the general comparison of these watches.

As we pen down this comparison, the Fitbit Sense is available at $249 offering a $50 discount on its original price. There is only one size available that leaves out room for confusion.

Samsung Galaxy Watch 4 has two sizes and has LTE and Bluetooth models. The smaller 40mm GW4 is starting at $250 (for Bluetooth model), and goes all the way up to 300 USD (40mm, LTE variant).

So Fitbit Sense offers absolutely nothing in savings against GW4, which is clearly not a very lucrative offer. Especially when the latter is offering up-to-date tech and the future-proof operating system.

In the looks department, Fitbit sense and Galaxy Watch 4 seem a world apart.

Fitbit has a square face with a rounded edge. The aluminum case with stainless steel ring gives it a premium look, with an indented haptic button on the side. There is only one size available which seems to be favorable for those with small wrists. However, you get plenty of colors and finishes to choose from.

Most Fitbit watches, like Sense, come with an Infinity Band strap, which is made from soft silicone with no hard buckles or catches. The band is highly comfortable and you might not even feel it on your wrist. You can easily swap them for third-party straps.

Its screen is protected with gorilla glass protection, whereas the watch is protected against water for up to 50m (5 ATM rated).

Samsung Galaxy Watch 4 has a round dial that resembles the Galaxy Watch Active 2 released years ago. It is on the slimmer side and sits comfortably on your wrist. There is no rotating bezel like the G4 classic, and two size options: 40mm & 44mm.

Galaxy Watch 4 has an aluminum construction with two inconspicuous buttons on the side. Both its models are extremely lightweight but are water, shock, and scratch-proof to a high degree.

The silicone band that comes with the watch, however, has been a major letdown. It is uncomfortable to wear during sleep and can’t handle intense workouts. You might have to invest in a separate band.

The choice of square vs circular design depends obviously on your preferences, but Fitbit Sense is a bit more comfortable than the GW4.

In the display department, these watches compete fiercely.

The Fitbit Sense features a touch screen with a color display, an industry for smartwatches. But that is not just the ordinary color display, rather it’s the AMOLED display, the best of its kind. Bright, sharp, and responsive, just as we expect from a premium smartwatch.

The screen brightness is enough to make it clearly viewable in bright and dark environments. The always-on feature comes very handily when your hands are full.

Samsung Galaxy Watch  4 covers everything Fitbit is offering. Its lush Super-AMOLED display is second to none. There is a plus in the virtual rotating bezel which makes navigation a painless process.

Samsung Galaxy Watch 4 is hands down a better smartwatch than Fitbit Sense. It has 16 GB storage for music storage and third-party apps, the latest Exynos W920 (coupled with 1.5 GB RAM) that cuts through demanding apps like hot knife through butter.

The new OS may look like Tizen but it is a Wear OS with Samsung One UI Watch 3 on top. You have access to Google Play Store which is only second to Apple Watch Store. Along with the Google Wearable Suite of apps, you have thousands of third-party apps.

So far, Samsung has only added its own Bixby as the default voice assistant and Samsung Pay as the only mode for contactless payment, but it is only a matter of time, Google Assistant and Google Pay would make their way to GW4.

Samsung GW4 can pick up calls, send texts and even browse the web. If you opt for the LTE variant, there is no need for a smartphone connection to perform these functions.

Fitbit Sense, on the contrary, doesn’t reveal its core specs. The watch UI is significantly slow and doesn’t support third-party apps. There are two voice assistants on board: Google Assistant & Alexa. You can make contactless payments via Fitbit Pay, although only a few banks outside the US support this means of payment.

You will also receive call and SMS notifications from your phone and can dictate responses to text messages using Sense’s built-in microphone. However, this feature is only available for Android Users.

These watches have standalone GPS with quick signal locking and reliable coverage. There are plenty of sports and workout modes preloaded on the devices.

However, both smartwatches have pivoted away from sports to more of a focus on physical and mental health features as well as fitness features. Here, most of their functions overlap.

These watches are fully capable of ECG monitoring and have rare FDA clearance for it. Heart rate, sleep, and blood oxygen measurement has become run-of-the-mill features for smartwatches these days. However, GW4 has most of its health features reserved for Samsung Phones for now.

Samsung watch has blood pressure monitoring and the new BIA sensor as a plus. The sensor body fat, like smart scales, by moving an electrical signal throughout your body. In fact, the watch features a 3-in-1 BioActive Sensor that monitors heart rate, blood oxygen level, and body composition.

The BIA tool allows you to tap into the data of key fitness metrics such as skeletal muscle mass and body fat percentage. Fitbit Sense has nothing to offer in comparison, but it does offer reliable and accurate results for the health features it tracks.

The Samsung watch works with other third party apps like Strava and Nike Running Club.

Both smartwatches are excellent devices to track health metrics, however, Samsung simply offers more without raising the price of the watch. We ought to give it a preference for this.

Fitbit Sense seems to have an upper hand when it comes to battery performance. With its 6 days battery life, the smartwatch is one among few fitness trackers on the market that can last for a week. However, when you dig deep, things start to unravel.

With an always-on mode, aggressive GPS tracking, Music, and sleep tracking, the battery life cuts down to 2-3 days. The AOD mode hits the battery real hard. Turning it off, you can comfortably get 4-5 of battery juice out of the watch.

On the other hand, Samsung doesn’t boast a week-long battery life in its latest smartwatch. GW4 has taken two steps back, as many find its predecessor Galaxy Watch 3 a better watch in battery performance. There is also a difference in performance between Bluetooth and LTE variants, the 40mm and 44mm models.

Samsung claims that the watch can last 40 hours. Users found this claim consistent with the actual performance. If you strip down the watch to the basic time-telling and notification alert feature, hitting 3 days performance is a likely possibility. Aggressive use would make it essentially a one-day watch.

Other than the battery performance, Fitbit Sense offers another plus. The smartwatch supports fast charging. You get approximately 1 day of battery life in 12 minutes of top-up. The magnetic charging dock for both watches would make the charging process a breeze.

So Fitbit Sense outlives Galaxy Watch 4 and hence the winner of this battle.

What should you buy? Garmin Venu 2 vs Samsung Galaxy Watch 4

Without a single doubt, we would favor Galaxy Watch 4 over the Fitbit Sense. First and foremost, Fitbit is running on a now-discarded OS and ‘Sense’ would not get the upgrade to the new Wear 3.0. Its health features are so far the key strength of the watch, but GW4 beat it in its own game by offering more. Galaxy Watch Series prowess as a smartwatch is challenged by few, and when compared to the Fitbit Sense, even the older Galaxy Watch Active 2 and Galaxy Watch 3 has a better chance of winning. Lastly, Samsung is not demanding top dollars for its latest watch and so Fitbit doesn’t have the advantage of a budget device.